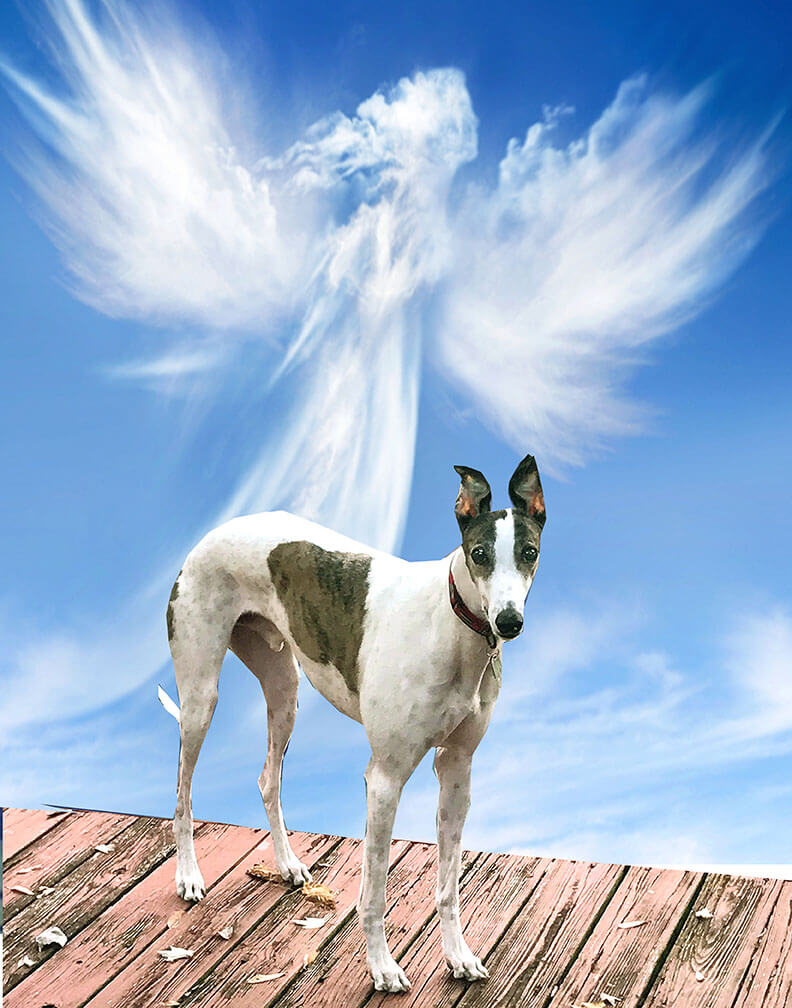 POPPY, rescued from a family that was going to “put him down” because he messed with the garbage can and stole food off the counter!

While checking his behavior problem, it was quick to see; he should have been 80 lbs. but was only 60 lbs. I discovered that he had been being fed 1 cup of dried food a day. No wonder he raided the garbage can and stole food anywhere he could get it. HE WAS STARVING TO DEATH!

One look into his soulful eyes and he became Ferd’s instant soulmate. We should have named him Velcro as he is never more than a couple of feet from where Ferd is. From the beginning we believe POPPY was a gift from GOD! He is the spitting image of Ferds last greyhound RUNNER which died a few months before from an unknown blood disease.

Every evening we let the dogs out into our back yard to do their business. We live on the head waters of the Homosassa River and since neither greyhound likes to swim, our back yard is un-fenced. Besides they are rarely in the yard alone.

One evening while doing his nightly business in our yard, he was kidnapped by somebody in a boat. He was gone for over three hours. Ferd and I frantically searched the yard, all the fences and gates and finally our neighborhood. Ferd called and called. I sat and prayed. I’m not in the physical health to do much walking especially at night, so I’m on good terms with my Guardian Angel and the Lord.
Finally, exhausted from searching everywhere, we sat in our chairs, praying that Jesus would show Poppy the way back home. Going over the evening, we remembered hearing a boat on the river but never thought someone would take Poppy!

Once I pray and ask Jesus for something, I let my faith go to work and begin thanking Jesus for answering my prayer, it was simple, bring Poppy back home. Most of you know that Ferd is the preacher in our family. I’m the believer and have a tremendous FAITH in the power of prayer. My prayers have been answered so many times I can’t begin to tell you. Greyhounds introduced me to Jesus on my first greyhound rescue, (check the video of my first rescue on the home page) and my first answered prayer for that rescue, being answered. My motto to this day is GIVE IT TO THE LORD. My favorite verse is Philippians: 4: 6-7

I continued praying and staring out at the yard. Suddenly I saw a movement on the walkway leading up from our dock. As I watched in amazement, a near transparent figure of POPPY began to materialize before my eyes. He was slowly walking up our walkway coming toward me. As he got closer, he became a solid figure until he was completed visible!

Ferd rushed outside to meet him. I ran for some towels as Poppy was soaking wet and completely exhausted. When Ferd put his hands on him, it was just like holding a wet rag. We have never seen a dog so saturated with water. It was running out of his ears, his mouth and everywhere else. He looked up at us with those soulful eyes, so glad to be home and being cuddled and loved. Sound carries for miles on the water and POPPY heard Ferd calling him, and he somehow escaped.

Of all the greyhounds we have ever had, Poppy would instantly come when he heard Ferd call his name. He must have been several miles down the river, when he jumped out of the boat into the river trying to get back home. Ferd thinks he had drowned and was brought back to life by our prayers. I think he was saved by his Guardian Angel who brought him back to us. Either way, we will never let him out of our sight again.

I’ll never forget what I felt like when I saw him materialize in front of my eyes and said “thank you Jesus” as Poppy came to us. I’ve rescued many dogs, but that night, the Lord was reminding me to not lose sight that we are never alone, and that He and our Guardian Angels are always there when we’re in need.

Thank you for Supporting this No Greyhound Left Behind Program and Being a Guardian Angel! 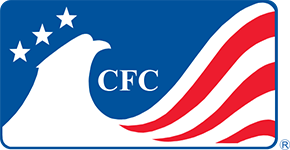 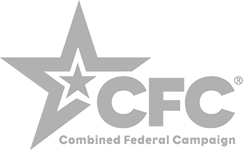